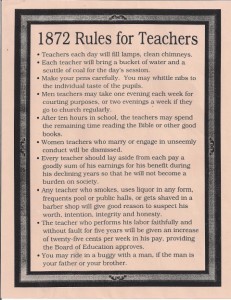 I was born into the union. In 1966, my father worked for Tommy Douglas and ran for the an NDP member of parliament in the Ottawa region. Photo below with my father looking over Tommy’s shoulder. 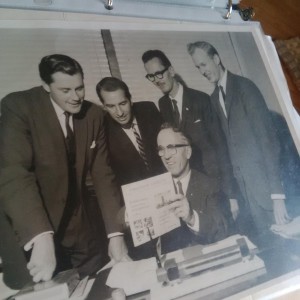 And my mother was on the CUPE (Canadian Union of Public Employees) collective bargaining unit for the secretaries (i.e.typists) local in the early 1970s.

My first experience with collective bargaining (CB) was with my mother.  I remember my mother being gone for long periods and coming home very late at night bargaining for CUPE members’ rights. My mother says it took a great deal of work hours and strategy to advocate for members’ pay and working conditions. Every Labour Day, my family marched in the Toronto parade. I got to wear very cool white gloves and wave to people! I also remember walking picket lines with my mother.

At the time of my mother’s involvement in CUPE’s collective bargaining, she had four children, aged 11 (me), 9, 3, and 1 years old. The long hours and family commitments eventually led to her leaving for another role. My mother ultimately became a teacher and teacher union steward.

Until these PD sessions, I felt safe in my practice as a teacher and as an ETFO member. But, in the PD sessions, I also heard stories that have made me feel distressed by what EFTO members had experienced in their schools. These stories and the calibre of members involved in ETFO collective bargaining has implored me into posting a blog for new members.

What really hit me was when Heather stated:

“ the most important issue in collective bargaining is that collective agreements need to be reinforced to be worth the paper they are written upon” or in other words, “use it or lose it”.

Did you know that …

Source: It’s Elementary: A Brief History of Ontario’s Elementary Teachers and Their Federations

My grandmother’s one room classroom near Feversham, Grey County, Ontario (first row, 4th from the left). 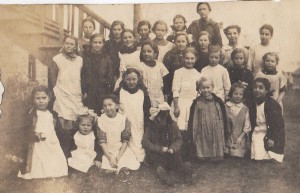 My mother’s classroom in King Township, Ontario  (second row, 2nd from the left). 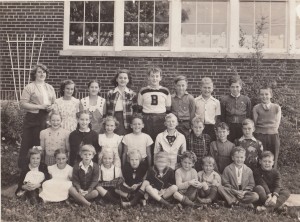 Collective bargaining and the collective agreements that follow are the reason for teachers’ current pay and working conditions.

I’m very pleased that I am not obligated to clean classrooms or to prepared lunches for all my students. I am proud that I get paid based on my level of experience and qualifications, regardless of my gender. 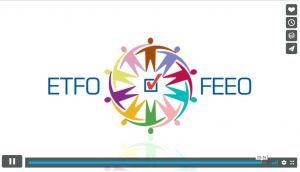 Part I of It’s Elementary: A Brief History of Ontario’s Elementary Teachers and Their Federations

The Importance of Collective Agreements: Protecting Salary and Working Conditions

This resource discusses salary, insured benefits, sick leave entitlement, teachers’ work days, teachers’ job allocation, and protection against arbitrary discipline. It discussed how collective bargaining is on ongoing process which, over time, evolves to achieve more protection and better working conditions for teachers. The role of collective bargaining is to fill in gaps in existing law and to be flexible enough to respond to changing conditions in education. This means that each collective agreement has a deep history of hard won rights and working conditions. Every ETFO member has ownership to their collective agreement.

“Each and every ETFO member has a stake in reading and understanding the agreement, and in supporting the local bargaining process. Your principal, superintendents, and trustees may be well-intentioned individuals committed to helping you do your job. But good intentions are no substitute for the negotiated, legally-enforceable document that unambiguously sets forth your rights in the workplace. In short, collective bargaining protects your rights as an education worker. Read your collective agreement today.”

I love teaching and have been practicing for over 19 years in Ontario. I have taught grades 2 through to grade 8, including split and contained Spec Ed classes. I am an advocate/ally for issues dealing with Workplace Health & Safety, Special Education, Mental Wellness, LGBTQT, and Aboriginal topics. I have qualifications in Special Education, Reading, Technology, Mathematics, and Integrated Curriculum. I hold a PhD in Education Policy & Leadership and Quantitative Analysis. I believe that when working collaboratively, teachers are better together. My opinions are my own, usually supported by peer-reviewed literature and law. Follow me on Twitter @dr_weston_PhD
← Previous Post
Next Post →