EEEK!!! Where has the time gone? I meant to post this earlier in the month to get the conversation going and to perhaps find new or different ways of reflecting both for myself and students but began writing and switched to report cards, June Reviews or OSR sign-offs.

Every June or maybe even earlier, I start to reflect on the year. I think about the positives/gains that I made both personally and with students and I take time to think about what I could have done better. Inevitably the column of what I could have done better outweighs the column of what I accomplished and while that always offers me the opportunity to improve as an educator, the problem becomes that I can leave the year feeling as though I haven’t really made as many gains – which simply isn’t the case. I wonder when we get our students reflecting, if this too is the case for them.

As I mentioned, I started reflecting earlier and I don’t think that I realized the impact that I had on my students until the day that I told them that I was leaving. While I hated seeing some break down in tears, it wasn’t until that moment that I realized that I had reached some who I perceived as my toughest critics. Students for whom I often felt as though I wasn’t reaching started to open up about the ways in which our interactions and our work together this year changed their mindsets and how they wanted to learn in the future. Some expressed a sense of being heard and/or seen while others felt as though they found their passions through some of our activities using Design Thinking. And then I started to wonder how different the last few months may have been had we taken the time to start reflecting earlier and perhaps not taken each other so for granted.

While I reflect personally, I think it’s really important to have students reflecting as well. I know that there are many ideas that are out there for ways in which students can reflect, but I wonder in what ways can we work with students so that they are constantly reflecting and not simply because they are told but because they know that reflection can facilitate greater success. This year we answered questions about moments of pride in our year as well as moments where we learned something about ourselves or others. We also created a Google Slides deck of words to live by, which included quotes we found and/ or created on our own. Students were tasked with using the words but finding images that may help viewers to feel inspired by the message of the words. Many were very deep and in retrospect, I now see that it would have been useful to have done this earlier in the year. I would have printed them out and had them on the walls of our classroom to continue to inspire us through the learning process this year. 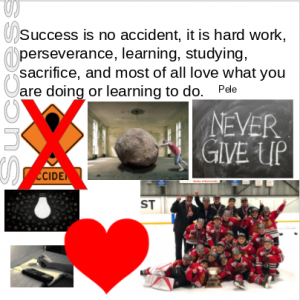 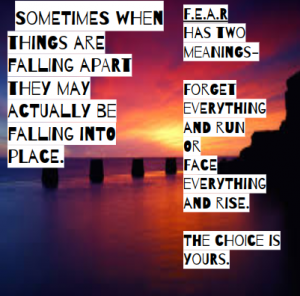 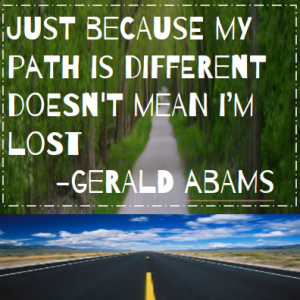 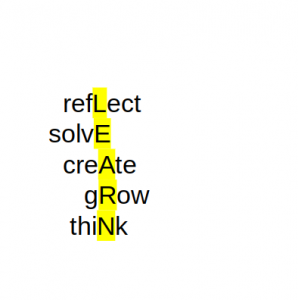 So my question is, how do we as reflective educators, truly take the time to recognize the gains made throughout the year and not just at times when journeys may be changing? Is it about smaller chunks of time on which we reflect? I know that I reflect daily but it’s sometimes a challenge to see the progress from day-to-day. How do we get our students doing the same thing? How do we get them to reflect or become eager to reflect on their own? Is it offering times of journalling or getting students to reflect like I saw a fellow Twitter Friend – Jay Dubois – do with his students – https://twitter.com/Jay__Dubois/status/1011345374009847810? 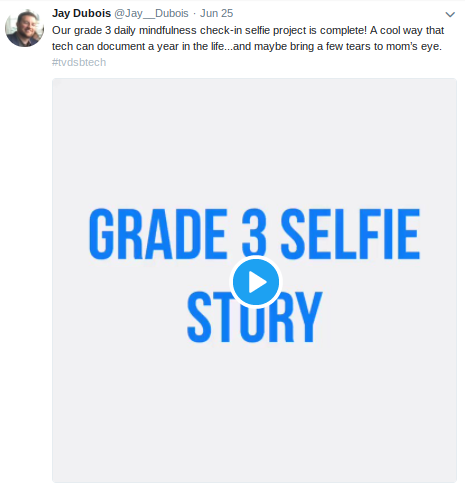 My role is changing next year but know that reflection is a huge part of my ongoing learning journey. Any ideas or suggestions would be much appreciated. How do you reflect?

I'm a grade 4/5 Teacher in the Toronto District School Board who loves integrating technology and mindfulness in the classroom. Through inquiry and design, I work with students who are engaged in meaningful learning opportunities; developing core competencies, while creating ways to make the world an even better place. I am the recipient of a TDSB Excellence Award for the co-creation of #tdsbEd, Twitter chats for educators. Through conversations on trends in Education from STEAM to Mindfulness, it has become an online community of educators dedicated to improving their practice to ensure greater student success, well-being and achievement.
← Previous Post
Next Post →