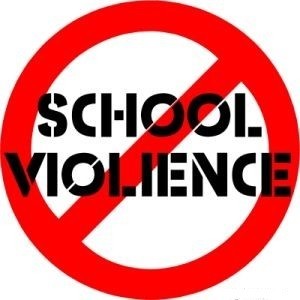 As an elementary teacher, with 18 years experience, I’ve seen my share of violence in schools. In 3 lockdowns, I’ve had to keep my students quiet, calm, and safe. As a classroom teacher, I’ve had objects thrown at me (like chairs). More than once, I’ve been purposely hit and kicked so hard, bruises were left. I once had a student put an unknown substance in my tea. I’ve been harassed and threatened by students’ parents too many times to count. After making a call to the Children’s Aid Society, I had to be escorted to my car as my student’s mother was harassing me. I have personally witnessed students destroy/trash teachers’ classrooms and their personal property. And based on my own observations, the violence is increasing in schools.

There is research to support my anecdotal observations. Based on information from ETFO (Action on Violence in Schools), ETFO members are increasing facing violent incidents in schools and workplaces. This violence increases physical and mental harm to both adults and children. With violence, teaching and learning is disrupted. Teachers and students can develop anxiety that violence will occur again.

The highlights of the report, OECTA Survey of Violence in Schools, were telling:

The resultant impact on teachers was also long term:

So what are the schools doing about this violence in schools?

Teachers also reported that they felt administration did not take violent incidence seriously.

ETFO has put an action plan in place, ETFO’s Action Plan on School Violence, to make members’ schools and workplaces safer. This includes excellent videos, a brochure, and a poster. I strongly encourage you to check out these resources as they provide critical information to protect you, your colleagues, and your students against violence in schools.

So what can teachers do to support ETFO’s Action Plan on School Violence?

Under the Occupational Health and Safety Act:

As noted above, ETFO’s Action Plan on School Violence has been put in place to make members’ schools and workplaces safer. I strongly encourage you to check out these resources below as they provide critical information to protect you, your colleagues, and your students against violence in schools.

ETFO’s Action on Violence in Schools

I have experienced violence and harassment in schools but I have not been seriously injured. Based on the results from the OECTA Survey of Violence in Schools, I have been fortunate.

Know Your Rights to a Safe Workplace!

It’s up to you to support ETFO’s Action Plan on School Violence.

It’s up to you to fulfill your Duty to Report school violence.

With your support, together, we can make schools safer for our schools, our colleagues, and our students.