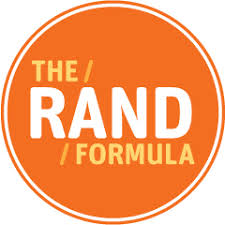 The Rand Formula provides legislation that all members of trade unions must pay union dues regardless of the worker’s status.

Union dues to be deducted

If an employee has objections to this due to “their religious conviction or beliefs, objects to joining a trade union or to paying regular union dues to a trade union”the employee and/or their Board can, directly or through a deduction from their wages, send the equivalent funds to a registered charity.

Purpose of the Rand Formula

The purpose of the Rand Formula is to establish the legality of automatically collecting dues from trade union members covered by collective agreements. This means that workers in a trade union cannot benefit from the activities and protections of their union if they choose not to pay mandatory union dues. Even when members choose not to participate in their union or are not a registered member of their collective bargaining workforce, the worker still must pay union dues.

Why do teachers pay union dues?

In Canada unions are formed when the majority of workers in a workplace vote to become unionized. Once a union is established, members gain the benefits and wages negotiated by their union through the collective bargaining process, their professional advocacy for working conditions, and with professional representation.

In 1991, Francis Lavigne, an Ontario community college teacher, complained that the Ontario Public Service Employees Union (OPSEU) was not using their union’s dues for purposes in which he agreed. Lavigne was not a member of OPSEU but was required to pay dues as per the Rand Formula and stated it violated his rights of freedom of expression in the Canadian Charter of Rights and Freedoms (section 2b).

The Supreme Court ruled that there was no violation of Lavigne’s Charter rights (Lavigne, 1991) as the use of the union dues did have an expressive content but the payments of these union dues did not imply any support of union causes and did not prevent union members from expressing their own personal views. So there was no violation of the freedom of expression under the Charter and union dues were to be continued to be paid under the Rand Formula.

Teaching is a very public profession. Even when teachers are not teaching, they are held to high ethical standards. At or away from school, teachers’ choices and behaviour can impact their employment. Regardless of how professional teachers conduct themselves, they are always at risk of adverse complaints. When belonging to a union, teacher members receive the union support and resources they need to defend themselves in the case of an adverse allegation. Due to their professional and public vulnerability in their roles, teachers need this support in order to do their jobs. When political parties put pressure on governments to abstain from the Rand Formula, this puts teachers at great risk by impacting their collective bargaining rights and privileges.

Imagine being in fear of being fired when a student complains to a parent about an assessment or an adverse statement supposedly made in class. It’s happened to me many times and my administration and my union were there to back me up. My board respects the role of all their member unions, not just those belonging to the teachers’ unions (ETFO & OSSTF). It is in following the collective agreements that boards of education and their teachers can make student success a reality.

In solidarity and collaboration,

Why Collective Bargaining Matters to Teachers