Do you recognize the lyrics to this song? 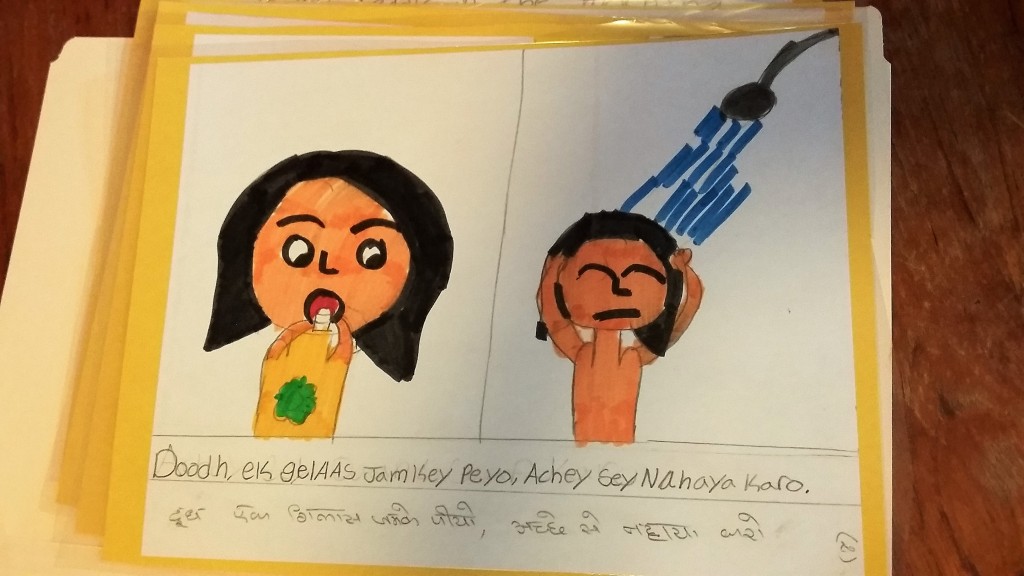 I didn’t until one month ago, when my students began a project I created about celebrating songs in other languages. This project came out of a desire to change one part of my music program. The most important part of any arts program is student creations. In my class students create songs, ostinatos, percussion compositions, raps etc… You name it, my students have probably created it. However, I felt that the part of the music curriculum that focuses on exploring forms and cultural contexts could be improved. I felt like the music that I was bringing in was authentic and reflective of my student population but the problem was, it was always initiated by ME. So I decided to try something new and it has been the most amazing project.

I am very fortunate to work in a very diverse school where many of my students are bilingual or multilingual. In previous years, as many songs as we learned from different communities and cultures, I didn’t feel as if I was really helping my students increase their multilinguistic skills or supporting them through their cultural identity journey. In the past, I felt that my students learned a lot about cultural music through units I created, but I wanted something deeper this time.

The idea for this project was inspired by a project called “Dual Language Identity Project” http://www.multiliteracies.ca/index.php/folio/viewProject/8. In this project, students were encouraged to write stories in their first language to support their acquisition of English Language Skills. I really liked how the students had ownership and pride in their linguistic skills in their first language. The inability to write proficiently in English was not placed as an obstacle for their expression.

My students differed from the students in the “Dual Language Identity Project” because they have a lot of proficiency in English. Most of my students were born in Canada and spoke another language at home until they came to school, but are now fairly fluent in English. However, I recognized the pride that came from the “Dual Language Project” and I wanted to emulate that. Being a music teacher, I decided that we would complete a project with songs. Students chose a children’s song from their first language and created a lyrics book so that our younger students could learn the songs. For many of our younger students who do not read or write in their first language, it also gave them exposure to text in Punjabi, Singhalese, Urdu, Guajarati, etc.

In addition to completing the project to increase student’s engagement with their own personal cultural music, I had some other goals with the project:

a)     To increase the exposure to languages that were unfamiliar to them. The project helped students become accustomed to hearing and interacting with people who speak different languages and have different cultural backgrounds. At the beginning of the project, with 6 or 7 different songs being played at the same time in the classroom, students would look up and sometimes react to the sounds of other languages. However, a couple of weeks into the project, students started asking questions about the songs instead of reacting negatively.

b)    To increase students’ pride in their cultural identity. At first, students were very shy to share their cultural heritage. Four weeks in, however, I have heard about students’ family trees and the multitude of different languages that are spoken in my students homes every day, and many, many other stories. I believe that holding onto first languages and culture has positive impacts on the social and emotional well-being of students.

c)     Studying the linguistic structures of one language really helps the growth of language acquisition skills in all languages.

d)    I have been looking for ways to include my incredible multicultural families into our music program and this was a perfect way.

Some students worked alone by choice, others worked in groups of approximately 4 or 5. The students were given an IPad to use as a reference tool if they needed it.

In the first period, the students spent most of the time listening to different songs they might be interested in using. Some students found it difficult to find songs online so they asked their families that night at home for ideas. 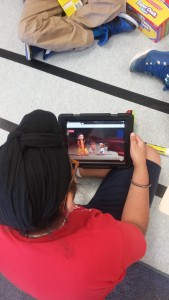 Their next job was to work together to create the books. The students wrote one lyric per page and drew a picture that corresponded with them. They were also responsible for including an English translation at the back of the book and a title page at the front. All of the books were between 6-12 pages. 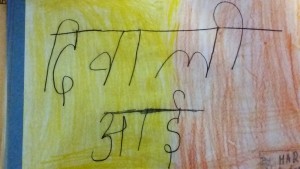 The books turned out amazing and I can really see the desire each group had to create a polished product.

Teaching the younger students has been really fantastic as well. It is so special to see a grade four student connecting with a grade one student who both share the same language. 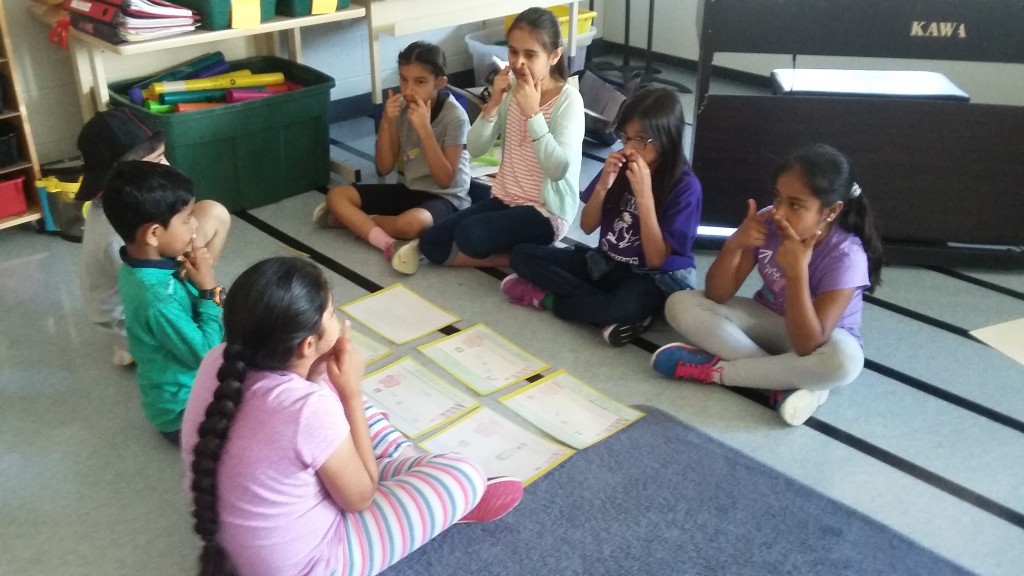 In addition to watching the most amazing interactions between students, I had one student who did not speak Japanese but was really interested in learning a Japanese song so I told her go right ahead. Wow! She learned that song in no time. She was even teaching a rather reluctant student in my class to sing it (and he HATES singing). I felt like this project was a miracle worker.

I watched students of Trinidadian background learn songs in Urdu and students who are sometimes rather shy in my class absolutely shine as they shared their deep knowledge of their language and culture. Artistic students helped consult on picture and colour choices

Everyone had something to bring.

Everyone was allowed to choose their direction and course.

Were there mistakes in their multilingual writing? Yes, there were. For those of you who are proficient in Punjabi, my students literally sounded out the word foot and wrote it in Punjabi instead of writing paair. However, I could hear students discussing and trying to figure out how to write certain words, helping them to grow in their first language. Some rarely get this opportunity. I also listened to a 10 minute conversation between two students who speak Tamil about the translation to English. They were working with the song “Nela Nela Odiva” and the direct translation was about the ‘moon running’. They talked it out for a quite a while and decided that the ‘Moon was moving quickly’ made more sense.

I learned a lot about my students, their interests and their cultures through this project. I learned that some of my students work hard on their Saturday morning to learn how to write in Hindi, Singhalese, Punjabi, Tamil and so many other languages. I learned that Guyanese kid songs are incredibly difficult to find on the internet (that might be my next project).

Music is about connecting with who we are as expressions of ourselves and I feel this project helped me to get to know my students more deeply. It was also a powerful way of learning and working with cultural music.

I am a teacher of students with special needs in the Peel District School Board. This is my third year in the role and I am in the middle of a steep learning curve! I am loving every minute of this new experience with my amazing and awesome students. View all posts by Tammy Axt

4 thoughts on “Celebrating Our Student’s First Language Through Music”