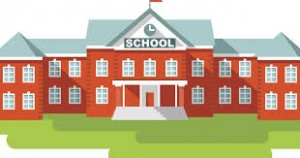 What is the purpose of publicly funded schools?

According to the publication, Good Governance: A Guide for Trustees, School Boards, Directors of Education and Communities, the purpose of publicly funded Ontario schools is to “provide universally accessible education for all students, regardless of their ethnic, racial, or cultural backgrounds; social or economic status; gender; individual exceptionality; or religious preference.”

Further to this, Good Governance goes on to state that “English and French public systems are founded on the principle of equality of educational opportunity: every student deserves an opportunity to achieve to his or her fullest potential.”

How many school districts are publicly funded?

Why does Ontario have so many school boards?

In 1867, the British North America Act (BNA) constituted funding for French and English schools as well as Protestant and Roman Catholic schools up to grade 10. In 1867, the majority of Upper Canada’s (now Ontario) population were Anglo-Protestant. The BNA mandated standardization and public funding for education. As Ontario’s populations grew, Protestant schools became more secular. Sometime in the mid 1970’s, as a student, I no longer had to repeat the Lord’s Prayer every morning. In 1989, required recitation of the Lord’s Prayer was held in violation of Canada’s Charter of Rights and Freedoms. Thus Protestant French and English public schools became French and English public schools with no religious affiliation. In 1984, Ontario’s Premier, William Davis, extended full funding for all secondary grades.

In 2012, Ontario’s Drummond Commission examined the reform of Ontario’s public services, which included education. The report identified areas of overlap and duplication (which could save taxpayer’s dollars) within Ontario’s four schools systems but did not ever consider the idea of ending public funding of the Catholic school system. According to the Federation of Urban Neighbourhoods (2012), the reduction in multiple boards would reduce duplication, busing, and capital funding saving the Ontario government between $1.2 and $1.6 billion annually. In the 1990s, Quebec and Newfoundland ended funding of denominational, religious-based schools. But funding of Ontario’s Roman Catholic school system has been considered a constitutional obligation and a really big political football. Note that Jewish, Muslim, and non-Catholic Christian schools are currently not publicly funded.

Why public funding of Catholic schools is unfair?

Right to refuse admission – Even though Ontario’s Catholic schools are publically funded, they have the right to refuse admission to non-Catholic students until grade 9. But with declining enrollment, non-Catholic students are being admitted. My own children attended a Catholic elementary school and had several non-Catholic, (Muslim and Hindu) students in their class. As a middle school teacher, pressure was put upon me to give grade 8 students all “Good and Excellent” learning skills on report cards as parents were told that the local Catholic high school would not take students with “Satisfactory and Needs Improvement” learning skills.

Admission of “preferred” students – According to Kelly Gallagher-Mackay (Toronto Star), research from Scott Davies at the Ontario Institute of Studies in Education showed that children attending Catholic schools are more likely to have parents with post-secondary educations. Further, EQAO data shows GTA Catholic school boards have fewer students with special education needs and significantly fewer students whose first language is not English as compared to English public schools. As a Special Education teacher, in a contained class, I have direct knowledge of Catholic students (who regularly attended Catholic church) being denied access to their local Catholic school as the school “could not accommodate the students due to their special education needs”. Based on my own anecdotal observations in three schools in which I taught multiple grades, the number of students with special education needs is increasing, every year, as a percentage of overall classroom composition.

Lack of acceptance of student diversity – Some Catholic schools ban student funding and clubs were they are “directly or indirectly” inconsistent with Catholic teachings. This means no student funding for the United Way which funds Planned Parenthood or students running Gay Straight Alliance clubs that embrace LGBTQ2S student identities. I’ve also been told that teachers who identify as LGBTQ2S are told to keep quiet about their identity.

When my children went to the local Catholic public school, as a parent, I had to produce baptismal certificates for both children.  But as enrollment decreased, more non-Catholic students were admitted to the school. As a former Catholic, I was denied access to employment with the Catholic boards as I had to produce a letter from a priest, stating that I attended a Catholic church.

The current public funding of schools in Ontario does not honour the purpose to “provide universally accessible education for all students, regardless of their ethnic, racial, or cultural backgrounds; social or economic status; gender; individual exceptionality; or religious preference.”

Maybe we should draw school boundaries based on local neighbourhoods, instead of religion. Ontario could also consider having drawing lines in having a French and English only boards.

With Ontario’s great diversity of students from multiple backgrounds and religions, it’s time to make all of Ontario’s publically funded schools secular.