Literacy, Science & So Much More!

During Distance Learning, I saw first-hand how engaged my students were in listening to the Six Minutes podcast. From learning to write summaries to engaging discussions prompting students to justify their thinking, the podcasts offered a new and exciting way to interact with media.

This year, I have some of my former students again so I knew that we couldn’t do a repeat on Six Minutes so I picked The Unexplainable Disappearance of Mars Patel, based on the recommendation of a friend. I have to say that it has definitely been a thrilling journey! Before listening, we started off the year by examining the elements of narratives. Once we understood the elements, we started to think about how authors use creative ways to develop their stories. In listening to previous podcasts, students realized that there were often many twists and turns and that each episode often ended up being its own short story with more parts unfolding as new characters are added.  After listening to season 1, students made predictions for season 2 and also wrote their own scripts for the first episode. Along the way, we had mini-lessons on quotations, punctuation and making revisions. After starting to listen to the season, many realized that they were so far off in their predictions, which made for great conversations as students explained the reasons for their predictions. During this time, it’s been incredible to see how attentively students have been in listening so as to not miss anything in each episode. To keep track of everything going on, students have been also writing short summaries. They’ve had quite a bit of practice so far and they’re learning how to succinctly write what has happened and how to apply this to other texts.

Not only has this been great for Literacy but as we have listened, we’ve also participated in a couple of STEM challenges. These challenges have been great for building collaboration and problem solving skills.  After listening to season 1, episode 3, students were tasked with building their own boats to try to travel over to Gale Island. With minimal materials and limited time, they had to use what they knew about structures in order to create a boat that floated; withstood giant waves; and carried a load. They had 5 minutes to take a look at their materials and come up with a plan. After 20 minutes to build, we put the boats through a rigorous test – walking each boat a few meters in a giant bucket while shaking it to simulate the waves.  While many failed, it was incredible to see students cheering each other on as the tests progressed and how students were reflecting on what they would have done differently, given the opportunity to try it again. 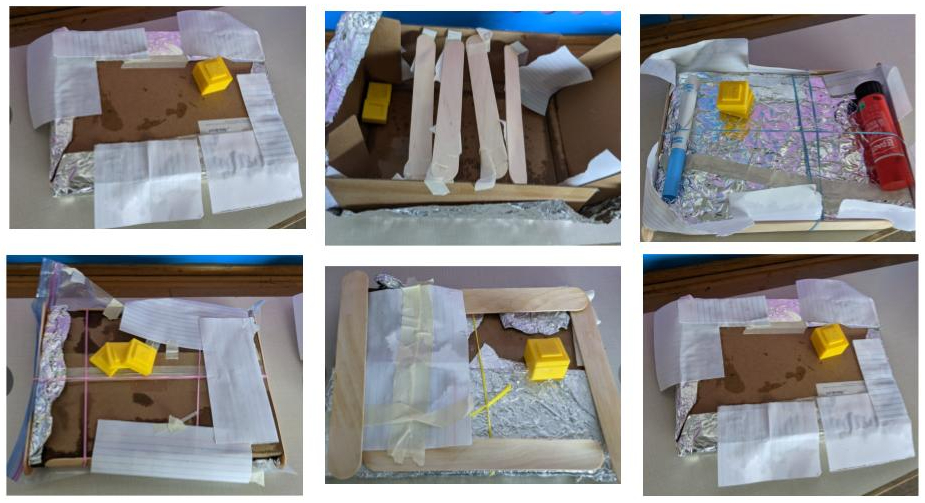 After listening to season 1, episode 9, their second challenge was to build catapults. This time, students seemed better prepared for the and less disappointed when things didn’t quite work out according to plan. This time, we visited each group to see their design and they tested the success of their catapult at hitting their target – Oliver Pruitt.  As we went from group to group, it was amazing to hear how students were giving each other ideas for improvements. Some were talking about changing the angle of their spoons while others were talking about the amount of force used to launch the marshmallows. I stood back and watched as they supported each other in the learning. It was pretty amazing to watch. 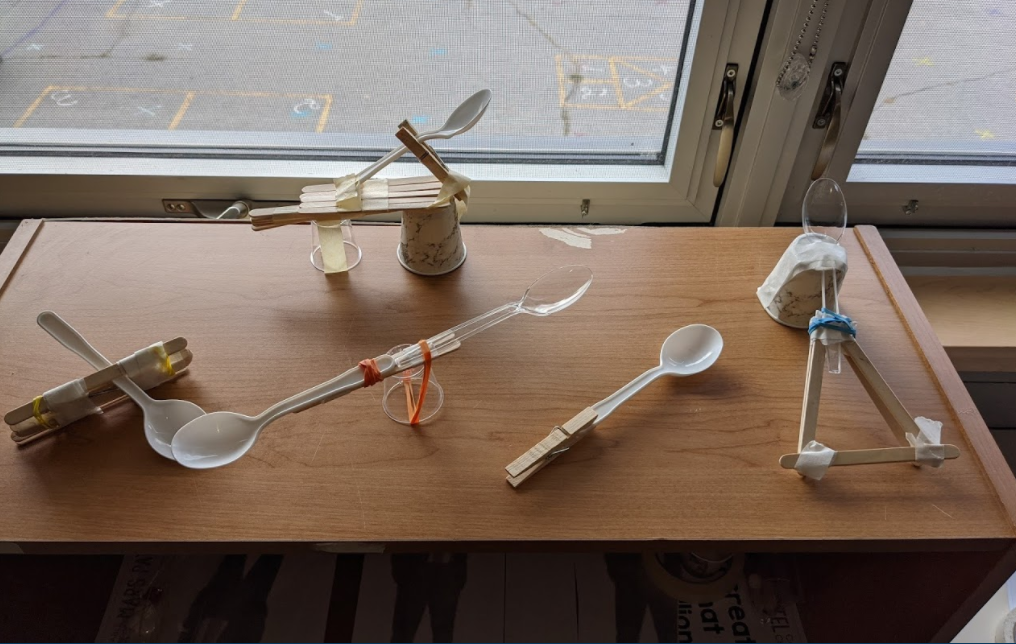 What was our work for Literacy has become so much more. It led us into our first Science unit on forces acting on structures and has led to building a space where students can discuss divergent ideas, all while supporting each other through their failures. Who would have thought that listening to a podcast would be so powerful? Certainly not me and I’m looking forward to where season 3 takes us!

I'm an educator who loves integrating technology and mindfulness in the classroom. Through inquiry and design, I work with students who are engaged in meaningful learning opportunities; developing core competencies, while creating ways to make the world an even better place. View all posts by Arianna Lambert