I have been working with the amazing ERF Ms. B to develop a program for one of my students with autism who is in my mainstream grade four classroom. This student has so many talents and I feel that the program that we have developed for him is allowing him to show his talents to us and his peers. He is very limited verbally, so we have focused on playing the xylophone and recorder and using technology, which he is excelling at. The predictability of the routine has also supported him in his success.

The period is broken down into four parts for him.

Part One- Warm up

All of the students in grade four have been working on playing the recorder in November and December. At the beginning of every period, we sit together and do some simple warm ups with the notes B, A, G, E and D. My student with autism joins us for the warm up and, with assistance from Ms. B, plays at the same time as the rest of the class but not necessarily the same notes. This warm up is usually just a few minutes long.

All of the students in the class are working on a variety of songs at their own level. At this point in the class, I am giving individual students feedback, pulling small groups for guided instruction and assessing the students’ ability to read and play a variety of pieces of music. Ms. B works with my student to play the same songs as the rest of the students. His music just looks a little different. 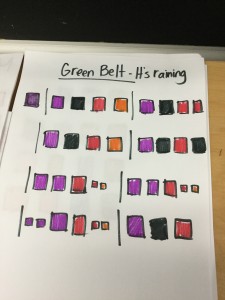 Each colour represents a bar on a xylophone and the black bars are for rests and extended notes. The little notes are for eighth notes so that he plays them more quickly. You can see below him working with Ms. B. 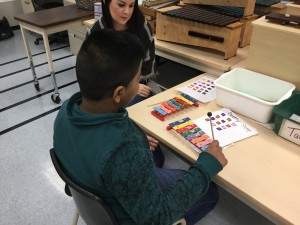 In addition to playing for Ms. B, we have also recently done peer listening assessments in my class. The students were required to play for five other students so that they could listen to feedback from others.  You can see how I have modified the assignment from the recorder to the xylophone for this student. 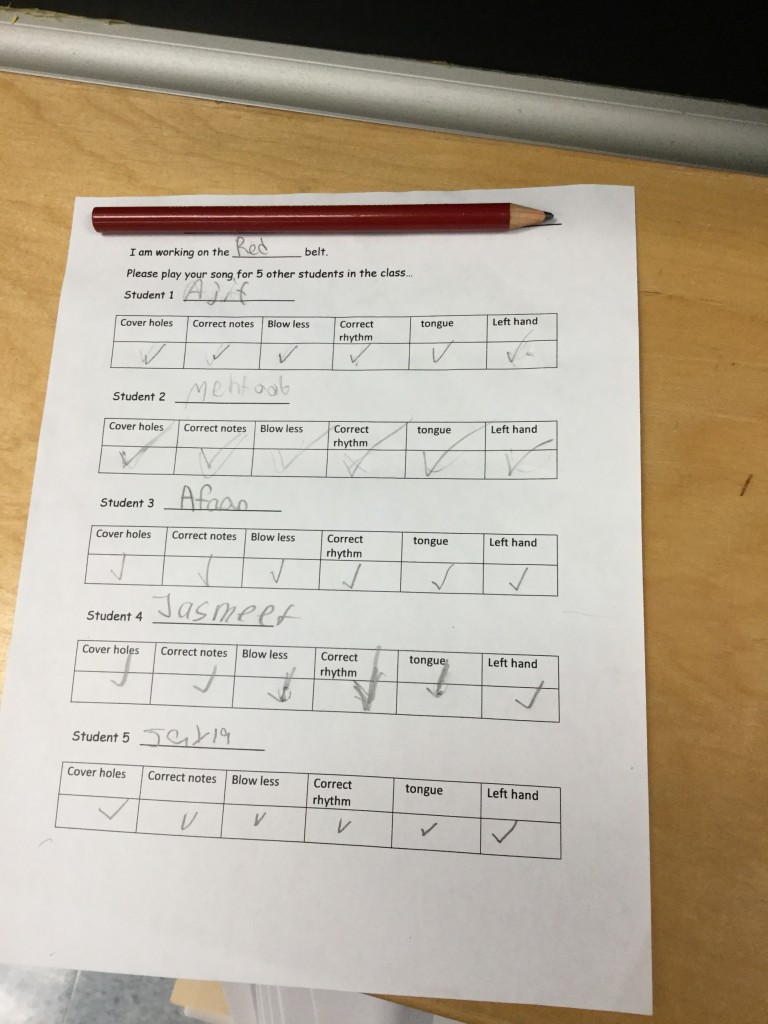 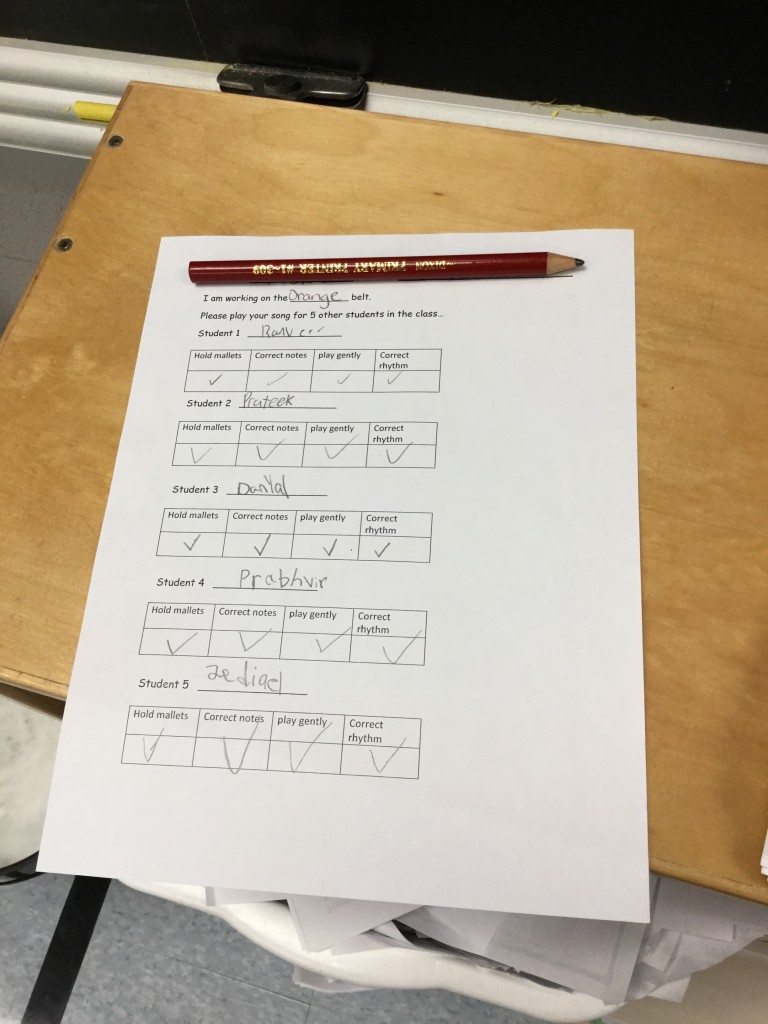 During this time, students are also required to write some of their own music. I have simply written out some blank squares and had this student colour in some choices and play it for me. 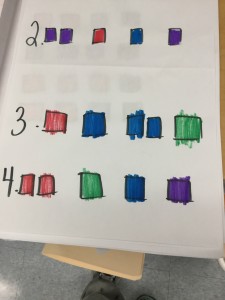 On my iPad, I have loaded some rhythm games for my student to play. The game below is Rhythm Cat, which many of my students really enjoy playing. Ms. B uses a timer so that there is a visual cue for the time allowed on the iPad.  The rest of the class does some sharing during this time. 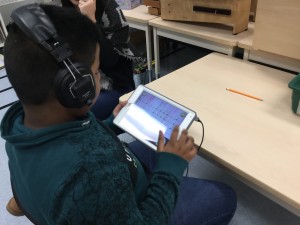 Part Four-Tidy up and celebration

This year I have made a celebration wall to acknowledge the achievements of my students. My students have signed the coloured paper that coordinates with the song they have successfully played. By playing the xylophone with colour coded bars, my amazing student has passed the first three songs and is working on the fourth, which is right on par with his classmates. He has signed his name happily and his classmates have cheered him on every step of the way! 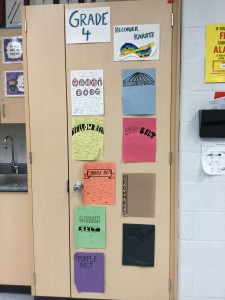 Modifications and accommodations happen daily in every classroom in Ontario. Teachers strive hard to make sure that their students have the necessary tools and supports to help them achieve the expectations of the Ontario Curriculum or modified goals. The following are some of the accommodations and/or modifications that I have used this year with a focus on the most common tool used in music…instruments!

When you ask my students what their favorite part of music is, many of them would answer quickly that they like using the instruments. I agree, instruments are AWESOME, but they can also be very challenging for students with impairments in fine motor skills, breath control, impulse control or visual acuity. To help these students, try a few of the following tricks…