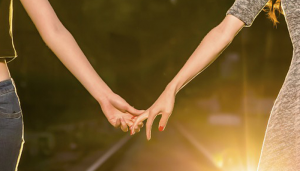 “Coming out hasn’t come as far as we think”

“Coming out” as a LGBTQIT* person, by making friends and family aware that they are not part of the heterosexual majority, has many implications. Specifically, LGBTQIT people who are not part of the “heterosexual” norm deal with great social, health, emotional, and economic barriers. Our LGBTQIT students, colleagues, and parents, regularly deal with discrimination on many levels including bullying and threats of violence. This is why not all LGBTQT people come out. According to an online Quebec survey (commissioned by the Foundation Jasmin Roy, an anti bullying/violence organization), it was reported that 45 percent of LGBTQIT respondents said they kept their sexual orientation or gender identity hidden due to worries of discrimination (Teitel, August 11, 2017). In the survey, 81 percent of LGBTQIT respondents agreed that Canadians are open-minded about gender and sexuality but 75 percent believed that more work needed to be done to support the LGBTQIT communities (Teitel,  August 11, 2017).

So why do teachers need to teach LGBTQIT human rights?

Why do teachers need to address these topics in Ontario classrooms? (especially when some parents disagree with teaching about sexuality and gender) 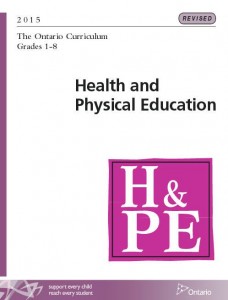 The new health and physical education curriculum (Government of Ontario, 2015a), dealing with LGBTQIT topics, was updated in 2010 after remaining untouched since 1998. After protests by some religious groups, the Liberal government backed away from an attempted update of the health and physical education curriculum in 2010 (National Post, February 2015). The Ontario Health and Physical Education Curriculum was the most outdated curriculum in Canada (Rushowy, September 2015).

In 2015, Premier Kathleen Wynn vowed that the updated curriculum would be implemented in the 2015/2016 school year.

In September 2015, the curriculum was introduced into Ontario schools. There was a strong backlash from parents and communities. Often the groups opposed to any curriculum dealing with sexuality and gender were misinformed by the content of the contentious parts of the health curriculum. To repond to this, the Government of Ontario developed A Parent’s Guide: Human Development and Sexual Health in the Health and Physical Education Curriculum (Government of Ontario, 2015b).

The Peel Board of Education’s director, Tony Pontes, stated that “We cannot — we will not — by action or inaction endorse discrimination,” who cited Ontario’s Human Rights Code as applying to people of all sexual orientation and gender identity. Mr. Pontes went on to state that “Supported by legal opinion, bolstered by our core values, I would no more say yes to someone wanting a child excluded because of a discussion about LGBTQ than I would a discussion about race or gender.” (Rushowy, September 2015). Further, Mr. Pontes stated that while some parents had “genuine concerns”, the board would work to address issues brought up by the critics of the updated sex-ed curriculum. These critics misinformed parents in order to “raise fear, generate untruths and build constituencies of protest based on false information” (Rushowy, September 2015). Mr. Pontes, the director of the Peel Board of Education, found this unconscionable. In addition, Mr. Pontes stated that the Peel Board of Education was willing to lose students over its stance of inclusion for all (Rushowy, September 2015). Some school boards lost students and some teachers lost teaching positions (based on my own anecdotal observations). Often, there are costs as a result of taking a stance to uphold human rights.

In 2015, even though I was not a “Health and Physical Education” teacher, I did deal with issues around sexuality and gender. In our school, we had students and colleagues that pr 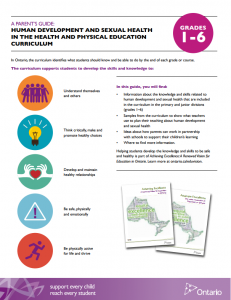 esented as LGBTQIT. In addition, we discussed LGBTQIT inclusion during the Day of Pink  and while discussing human rights topics. I received notes from parents asking me not to talk about same sex couples on the Day of Pink. I also had students missing from school on the Day of Pink. Some parents believed that discussions of inclusion were only limited to specific school days. Parents needed to realize that teachers talk about inclusion, as needed, especially when students rights are being suppressed. Inclusion is not limited to skin colour, culture, religion, chosen head coverings, ethnicity, ancestry, citizenship, disability, or diet.

Teachers do not get to pick and choose which topics of inclusion they will address because all issues regarding human rights apply.

As teachers, we must honour the rights of all people because we provide educational services within the province of Ontario. It is part of our role, as teachers, to uphold human rights and protect against discrimination as per the Ontario Human Rights Code.

As teachers, there is no opting out of the Human Rights Code.

Toronto Star national affairs columnist, Emma Teitel was accepted by her family and friends when she told them she was gay. She stated that coming out “sucks, even for the lucky ones like me” (Teitel, August 10, 2017). Yes, her family and friends accepted her for who she was. She affirmed that there is still a long way to go. Teitel stated that she still faces challenges when kissing her partner in public without getting “molested by creeps”. She hopes that one day  that “thousands of transgendered people [will] no longer fear for their lives every time they step out their doors” (Teitel, August 10, 2017). Ms. Teitel wishes this for all  people in the LGBTQIT community.

As a parent of a gay adult child, I hope one day my daughter can live her life with her partner, in peace, without being stared at every time they hold hands in public. I hope that with the work of the Ontario education system, being LGBTQIT will be part of an inclusive culture in Ontario.

*LGBTQIT is a short form for Lesbian, Gay, Bisexual, Transgendered, Questioning, Intersexual, Two-spirited people (please note this is my most recent understanding of the term)

Teitel, E., (August 10, 2017), Coming out sucks, even for the lucky ones like me, Toronto Star, Downloaded from https://www.thestar.com/news/canada/2017/08/10/coming-out-sucks-even-for-the-lucky-ones-like-me-teitel.html