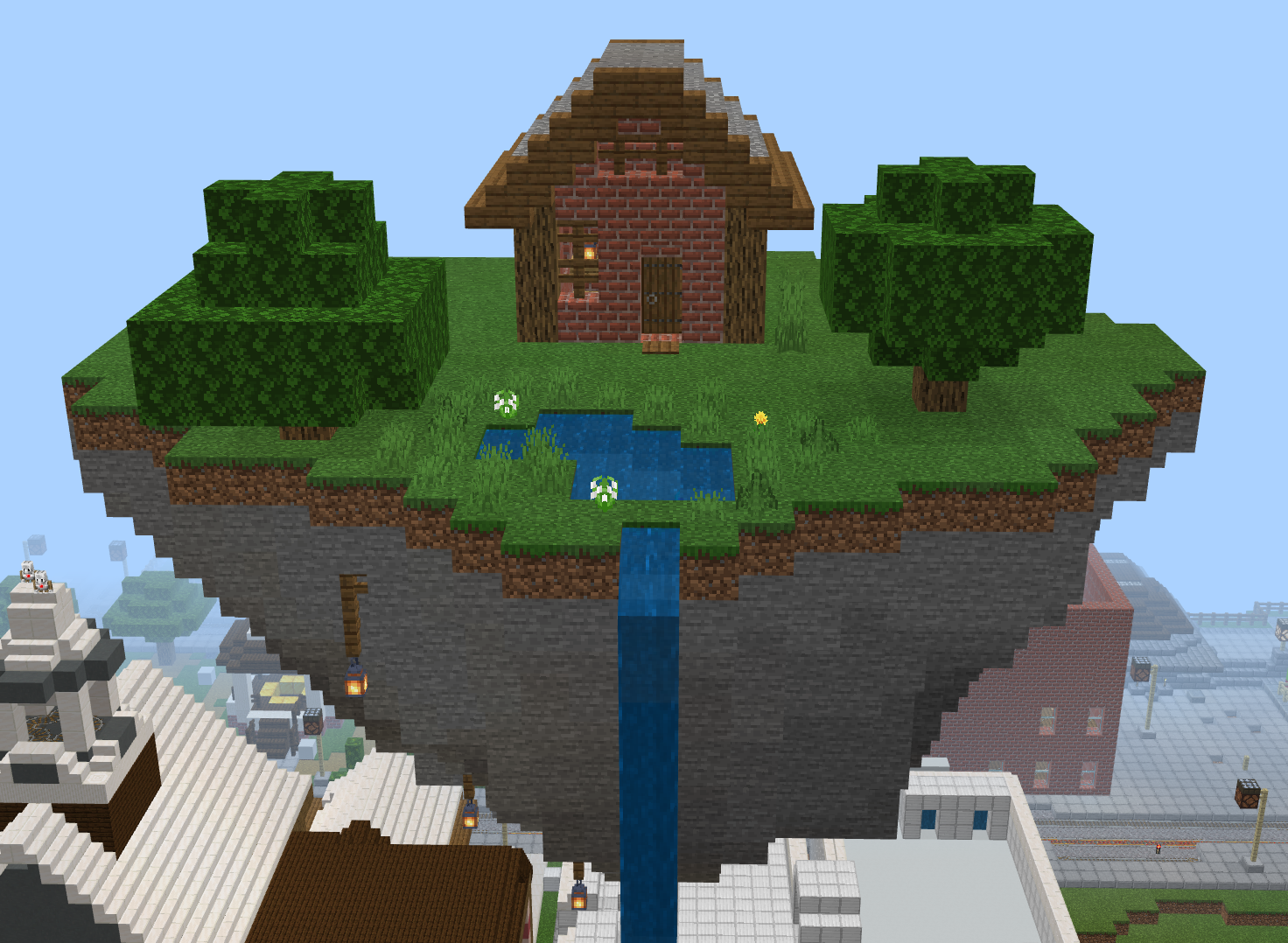 A Reflection on a Year of Minecraft: Education Edition

It’s June tomorrow! How is it already June? This year has somehow been both the longest and the shortest year of my teaching career. It’s been a bit of a slog in many ways, so I’ve been thankful for little moments of joy that I have shared with the students in my class over the year.

One of our great joys this year has been Minecraft. I’ve talked about it before, but I wanted to give a little update on our village and the overall pros and cons of using Minecraft in the classroom.

We have been working on the village off and on, primarily as a “when you’ve finished your work, you can do this if you want” option, for most of the year. If you’re not familiar with the village, we used a “Starter Town” template from the Minecraft library. It has the infrastructure already set up and you populate it with buildings. We started with students creating their own houses in numbered spaces set aside for this purpose. As you can see, we had a wide variety of styles and building heights. 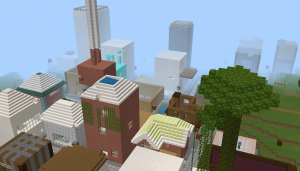 Many houses have rooftop hot tubs. They are obsessed with the idea of hot tubs. 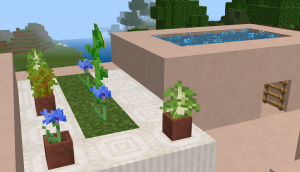 I will say that in hindsight, this template doesn’t really allow for much sidewalk space between buildings. I appreciated the smaller spaces (the building area is about 10×10) because it forced students to confront design challenges and adapt their plans, but the sidewalks themselves made it feel oppressive and crowded to walk at ground level. I think it would’ve been better to use wider sidewalks.

From there, students started adding all kinds of buildings – a hotel, a pet store, the Merry Dairy (a great ice cream shop in Ottawa), a leaf daycare (it’s a long story, don’t ask)… 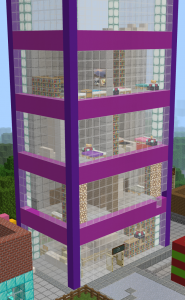 There didn’t seem to be an end to their creativity. Some students created a zoo. 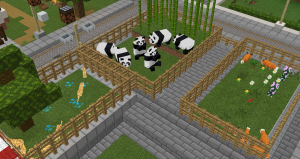 Others created an elaborate underground network of tunnels that would lead between buildings. Then, different houses started to appear – rogue houses! Without building permits! 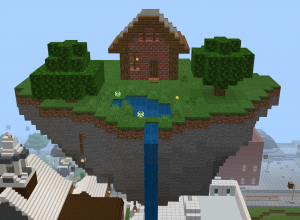 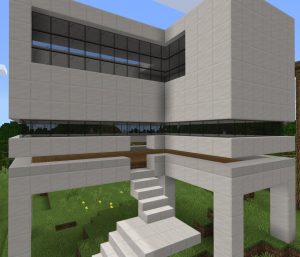 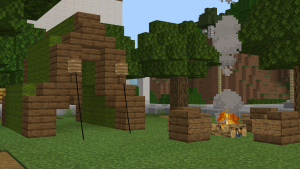 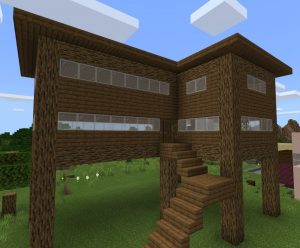 The builds got even more egregiously out of line with our Super Strict Community Planning: an entire village appeared just outside of the town, complete with blacksmith. 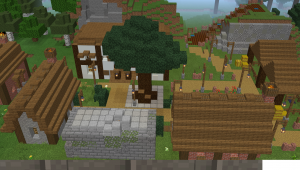 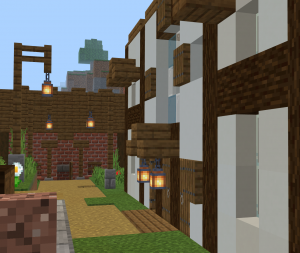 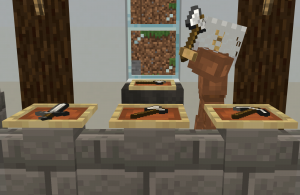 It was really cool to watch them create new things in the world and think outside the box.

Reflection on a Year of Minecraft

So… after a year of using this game in class, what do I think? Overall, I’ve been happy with what students have been able to do in the game. They’ve come up with some really cool ways to demonstrate their learning. They show far more perseverance when working through problems in Minecraft than they do at any other time. It’s also been great for collaboration in a year when opportunities to work with other students have been pretty minimal.

This isn’t to say there have been NO issues. We’ve definitely encountered some problems with outdated tech in schools where certain devices can’t be used for the game. During online learning, it’s been really difficult to troubleshoot problems with students. Some students don’t have compatible devices at home, either.

Then there’s the in-game problems we’ve had, of which I’ll name a few here:

I mean, most of those can be solved by students becoming more familiar with Minecraft, but it’s been an adventure.

Advice for Starting Minecraft in the Classroom

I’m really pleased that my board will be continuing with Minecraft: Education Edition next year. I’m looking forward to working on some new plans for next year over the summer. If you try it out, I’d love to see what you do with it!

Grade 4/5 Middle French Immersion teacher from Ottawa. Passionate about teaching (naturally!), board games, video games, music, and TTRPGs. Former member of the ETFO New Members provincial standing committee. Current member of the OCETFO Collective Bargaining Committee, among approximately one thousand other things that I am always doing. No, I do not actually have spare time, I am just perpetually putting off things that I *should* be doing. @rollforlearning on Twitter. View all posts by Shawna Rothgeb-Bird