Cancer, pink shirts, and why I hate Jell-O 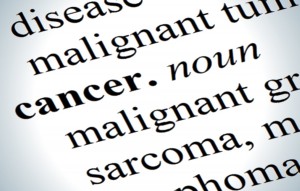 Cancer is a ruthless disease. It knows no boundaries, respects no ideologies or cultures, and disrupts the lives of everyone affected by it. Cancer has a twin in education. It’s bullying.

Recently, I was creating some TED Ed lessons about bullying(in its various forms –The Cyber Bullying Virus and Bully Dance). This got me thinking about the following question;

What makes bullying so virulent that it can evade, morph, and destroy generation after generation?

What if we looked at bullying like it was a medical epidemic? If we called it a disease, which it truly is, would it be treated more seriously? Could it then be given the same attention and urgency as HIV/Aids, Ebola, and Cancer are in the medical world?

Or have we built up our immunity to the existence of bullying in our schools that says if it is not happening to us?  Like cancer, bullying is serious. Its symptoms leave lives in havoc along its path.

Yet, for all of the attention(meetings, resources, legislation), research, assemblies, and instructional time invested into eradicating bullying across multiple lifetimes it has not disappeared. With fingers pointing in all directions it is time we all look to our youth to solve the problem of bullying because the adults have made a mess out of it.

Remember back in 2014 when school trustees, all adults, managed to create a working environment so toxic that the police needed to be called in to deal with the troubles. My students asked why the adults couldn’t get along? I couldn’t answer it with anything other than bullying.

How do we justify this behaviour to a media savvy student body when those in positions of leadership are modeling “do as I say, not as I do” by their actions?

The course of treatment for the cancer of bullying is simple. Let students lead.

Students possess limitless energy, potential, and ideas so why not equip, empower, and get out of their way to do great things? A powerful example of a student led initiative to stop bullying is Pink T-Shirt Day. It started in 2007 at a Nova Scotia high school where a grade 12 student defended a grade 9 be being bullied because of the colour of his shirt. It has since become celebrated as a national day of awareness, with schools across the country holding stand up to bullying by wearing pink events. 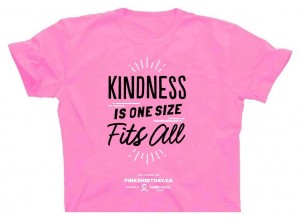 One of the reasons Pink T-Shirt Day is such a success comes from students leading the way. It has now fostered other wear pink events to fight bullying, homophobia, and transphobia. My school will be participating in its 2nd Day of Pink of 2016 on April 13th. At its core, pink shirt day is a way for everyone to stand together in order to focus on everything that unites us. I feel more student led events like this would set a positive and lasting example for people who have struggled with bullying at all levels of education from classroom to committee.

When students are allowed to lead they naturally rise to the task. Want proof? Look at the impact that Ryan’s Well, Free the Children, and Me to We have made on our world. Each amazing initiative inspired by a student.

Think about how you can encourage your students to be agents of change and social good in the fight against bullying in your school. I would love to hear if your school participates in Day of Pink activities. Tag me here or on Twitter @willgourley.

I had Jell-O in the title because I was looking for a silly focus point in the title. There is an explanation of my true dislike for Jell-O at …why I hate Jell-O on escheweducationalist.wordpress.com.

Published by Will Gourley

One thought on “Cancer, pink shirts, and why I hate Jell-O”