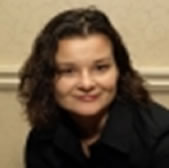 Over the last 2 weeks, my class have been working on this wonderful visual art activity which is also connected to grade 6 aboriginal studies. We began by studying the art work of Norval Morrisseau, an Aboriginal Canadian artist (books are available at the public library). Morrisseau’s style is characterized by thick black outlines and bright colors. I shared with the boys the plan for this project was for everyone to complete their own version, then we would do body images of 1/3 of the class which will end up being painted on the Junior Stairway walls.

The boys were very excited about this project and I really tried to encourage their interest and ownership of the art work. As a class, we moved along for the boys to use an overhead and trace their head, hands, or feet to complete their own versions of Morrisseau themed pictures. The boys then had a lesson on drawing the shapes inside their images (guiding them to leave enough room for their black line). Primary colours were used to colour the inside of the shapes and the background was in secondary colours. Using only 2 overheads for the whole class, this stage of project took a little longer than a whole afternoon.

At the end of the first day, we had a discussion as to what the images of the boys would portray. The next day, the boys were asked to bring in items which reflect them in a sport type of way; for example, scooters, hockey equipment, soccer balls, swimming goggles. The boys selected the images to represent themselves as a class. They selected swimming, cart wheel, hockey, soccer, mountain climbing, and baseball. We were planning on adding someone reading and a second image but time was an issue which didn’t allow our plan to fully work out. Using the overhead, in groups of three, the boys then traced their image on life size paper. As others were tracing, the first group would then cut out their image. After lunch, we were able to finish off full body tracing for the rest of the groups and began (the groups completed the cutting)  adding the shapes within their image. This aspect of the project needed to be reviewed with the class a few times. The first lesson was on the personal image, the second mini lesson was to remind them of what to do to begin on the larger image, the third mini lesson was to go through their larger image and fine tune their shapes. This took us a full day. 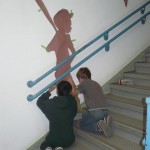 The next day, we taped up all body images on the stairwell walls. Looking to see which image should go where. This was an adult only decision. Once image placement was decided, the boys then traced their image on the wall. After every image was traced on the wall, some boys began painting the background colours while on the opposite side of the wall other boys were tracing their shapes in their image. This process took another full day. Each wall needed two coats and a day to dry between coats.

The fourth and fifth day, the boys were painting the shapes in each image (in groups of three) and then the black line last. We also needed time for touch ups. At the end of it, the boys were able to add their own signature to a wall which will be there for years to come. We are also painting some thank yous on a wall as all the paint used was donated by a local paint store.

The project took a total of five days and I really would recommend to get it completed in a chunk of time. The interest was 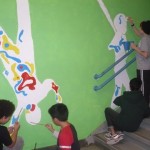 there and interruption to your regular programming is not much. It was a week of limited program which was a great time to get to know and have some fun with your students. Remember, this is a visual arts project and it is connected to aboriginal studies. I have assessments for both curriculum areas. To adjust it for any grade, if your school walls are already colourful, you can do something very similiar and use the life size paper to paint and hang on the hallway walls. Also, use visual art as your first curriculum area and find a second curriculum area to connect it to, whether it is social studies or math.

Included are some pictures to help you visualize the project. It was a project completed with a parent (who is also an artist). While she was working in the stairway with the boys, I was in class keeping them on track. The first few days, there was plenty of work to keep the boys busy but by mid day on the fourth day on, the boys had less to do on the art project. That being said, behaviour was amazing!!!! I guess the boys thought if they didn’t manage in class, I couldn’t send them in the hall. Which is a pattern in our class. I definitely had support for this project (administration, artist, and Educational Assistant in the 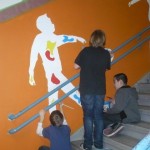 afternoon). I also sent out a letter to the parents informing them of the pending project, the boys working with Latex paint, and dirty clothes coming home (with a tear off signature return). I also asked for volunteers to come in a week later to help paint the final protective coating. I have many teacher and parent volunteers. The boys feel a sense of pride, ownership, and community to their school! 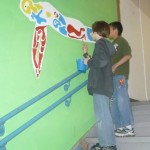 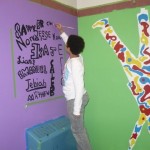 View all posts by Roz.Geridis